Growing up, Alexander played a range of sports soccer, cricket, water polo, golf and tennis, although soccer was his main game, which he played for 15 years. 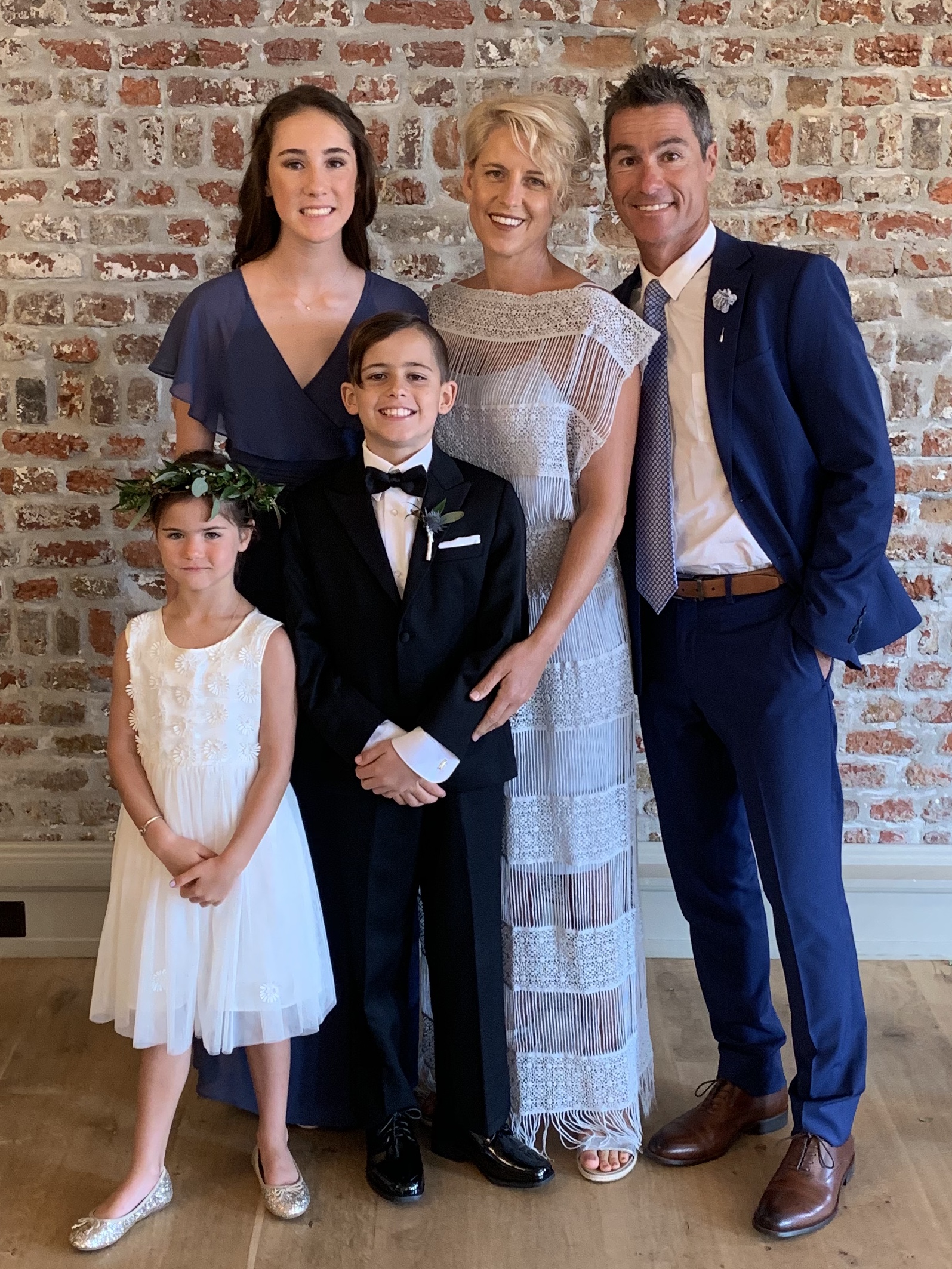 Crowie didn’t compete in a triathlon until the age of 20, although he had watched the sport on TV, most notably the Ironman in Hawaii. When Greg Welch won the Ironman World Championships in Hawaii in 1994, he was inspired to take up the sport more seriously.

Crowie raced his first Half Ironman event, the NSW State Championships, in 1997, a race he won. He also graduated from Sydney University in 1997 with a Bachelor of Science Degree in Physiotherapy.

Alexander focused on Olympic Distance and Half Ironman racing in the first portion of his triathlon career, racing in Europe and Asia/ Oceania. 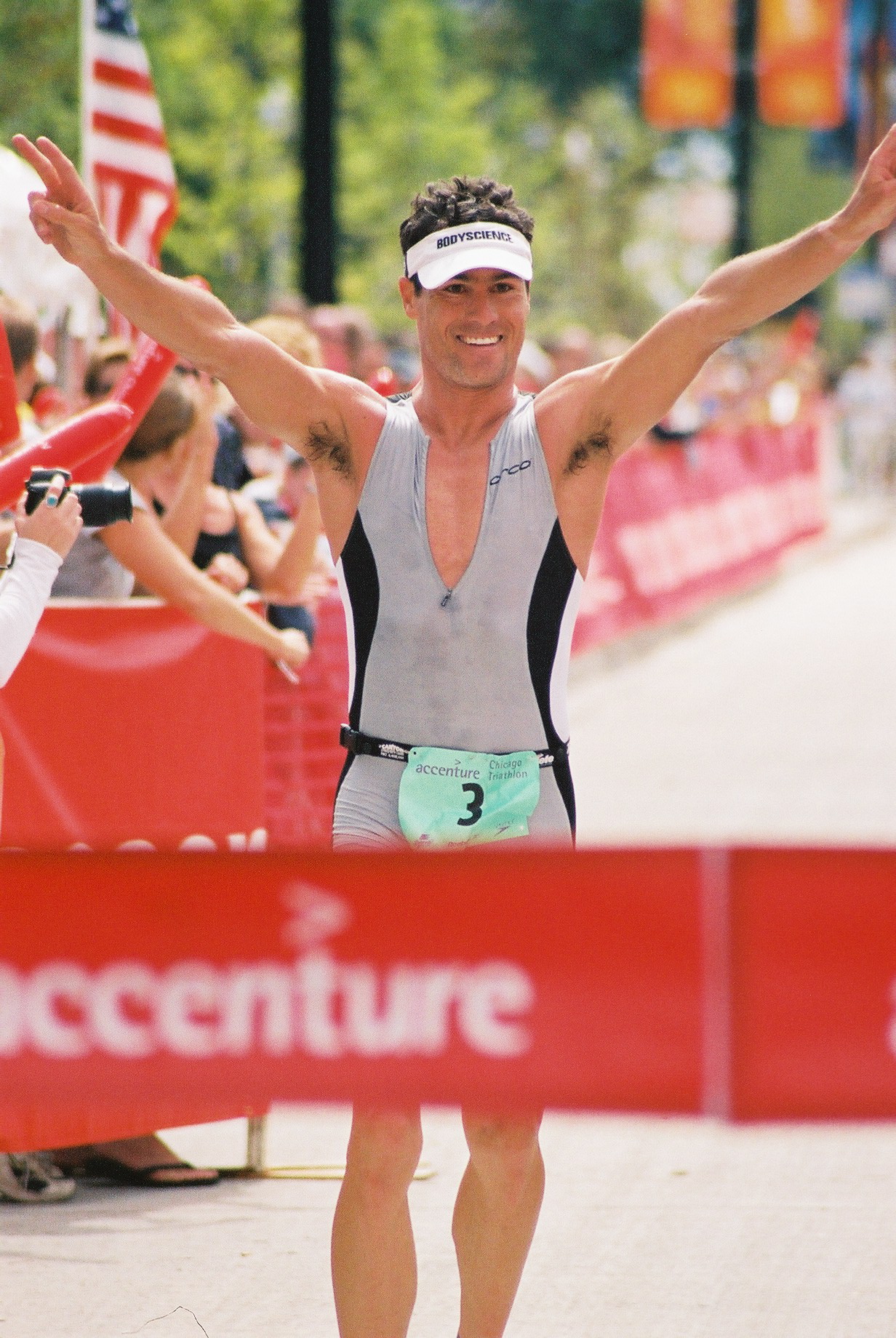 A pivotal moment in his career came in 2002. After qualifying for the initial squad for the 2002 Commonwealth Games Team, he became very ill, missing the final selection races and the Australian Team.

Alexander then decided to head to North America and the lucrative US racing circuit, where he became a dominant force for the next decade.

Crowie won several of the Olympic Distance, Big City “Majors” in the US, including Chicago (twice), Los Angeles, Boston (twice), Philadelphia, taking the prestigious single season “Triple Crown” in 2004 (Chicago, Los Angeles and The US Pro Championships). In 2005, he won the Lifetime Fitness “Battle of the Sexes” Triathlon in Minnesota (which at that time, had the highest prize purse in the history of the sport). 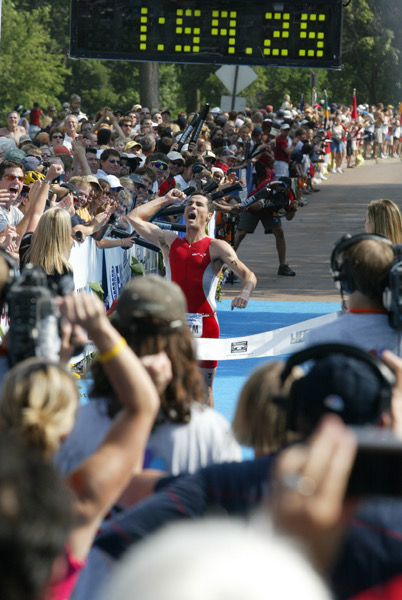 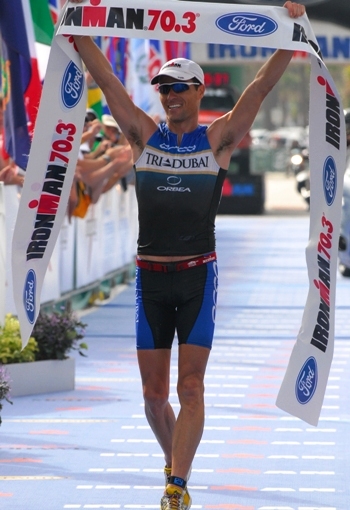 After a long, unbeaten streak at the Half Ironman distance, Crowie won the inaugural Ironman 70.3 (Half Ironman) World Championship in 2006. This win qualified him for the Ironman World Championships in Hawaii the following year (2007), where he finished 2nd in his debut race in the lava fields.

In 2008 and 2009, Alexander went on to win the Ironman World Championships, becoming only the 4th male athlete in history to defend the title. 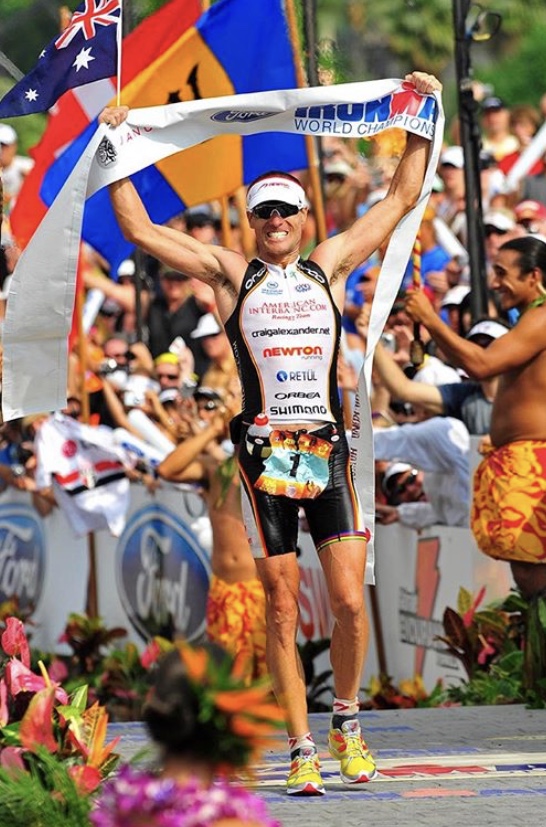 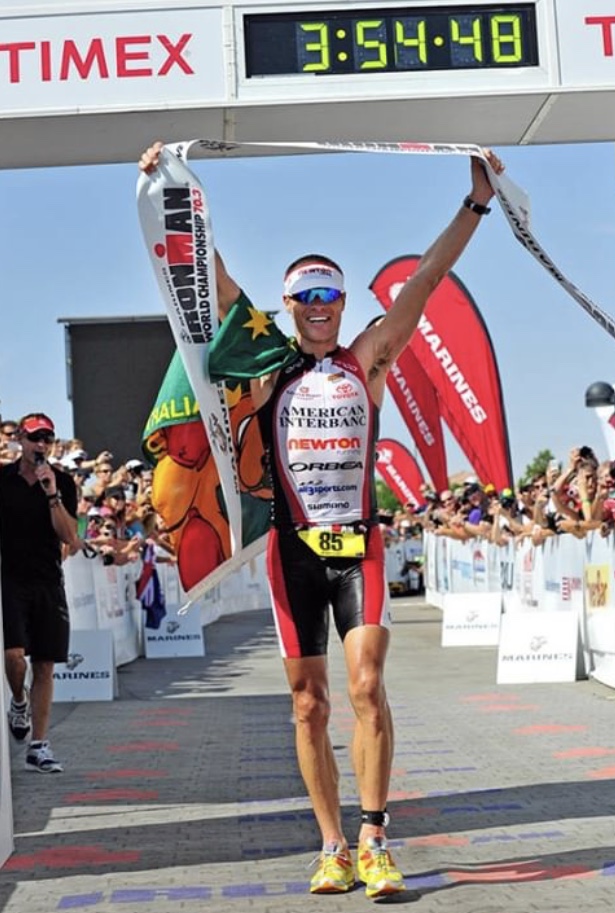 With his 2011 victory in Hawaii, Alexander also broke the previous course record which had stood for 15 years and became the oldest athlete ever to win the IM World Championship title (38 yo). 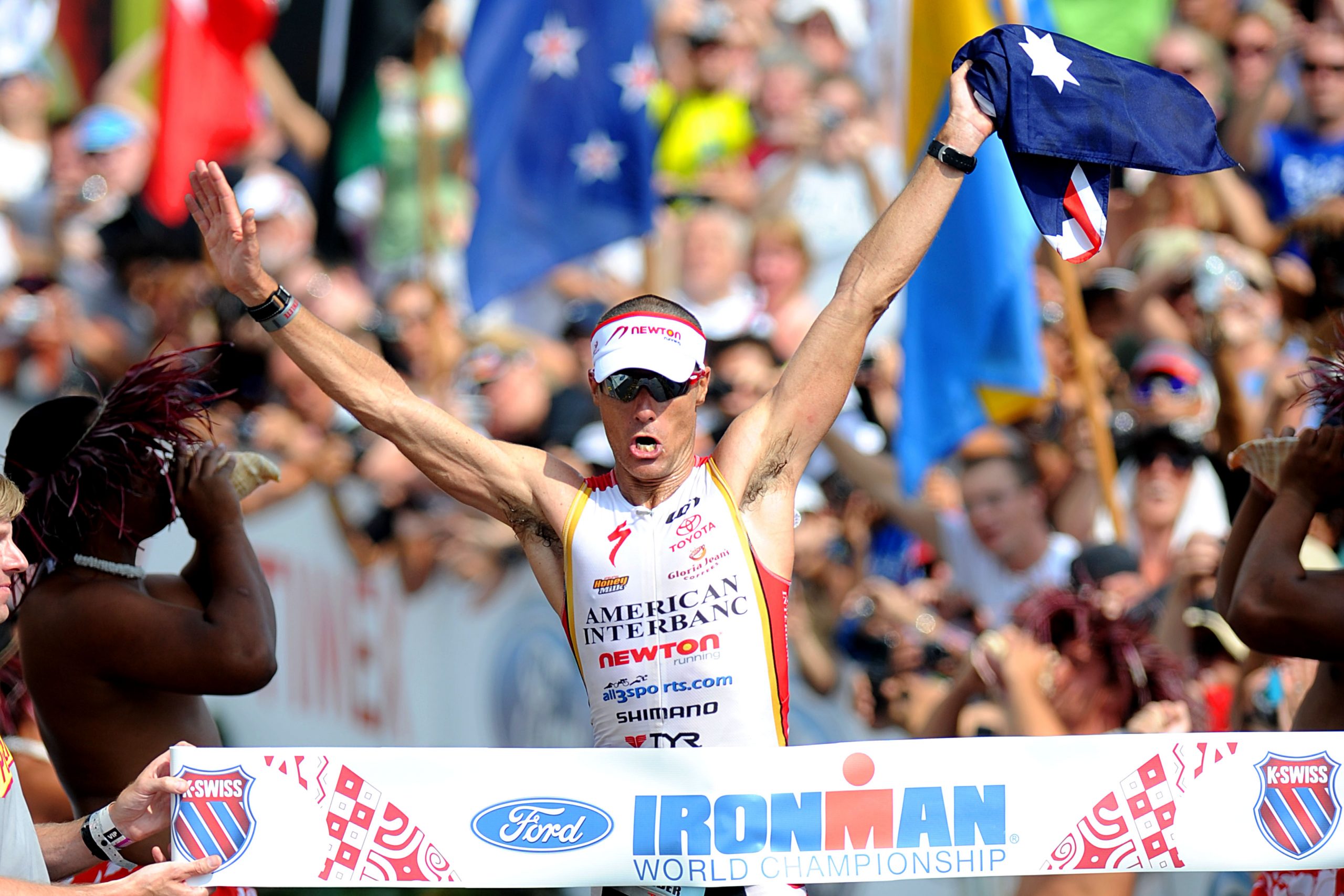 In 2014, Crowie stepped away from Ironman racing and launched his own brand, Sansego. He teamed up with an elite group of endurance coaches and experts to deliver coaching, consulting, clinics and training camps/experiences.

To this day, Alexander has maintained a high level of fitness and professional results, even though only racing sparingly. He consistently finishes on the podium and in 2019, won the Australian Long Course Championships aged 46, 20 years after capturing his first National Championship Title. As a professional athlete, Crowie has won at least one pro race every year of his career (1995-2019). 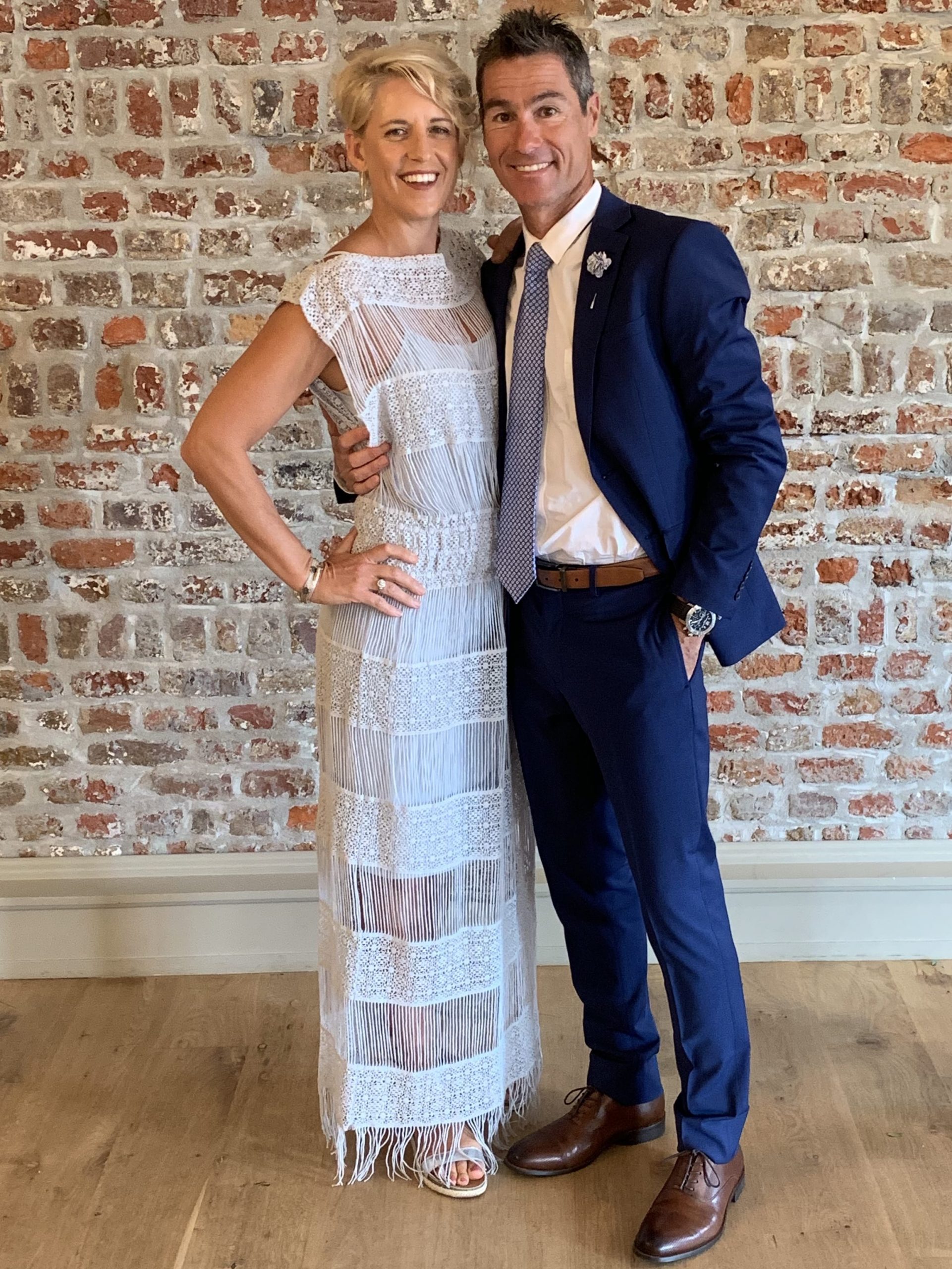